1.4 million Californian English learner students will soon be getting language education supported by a recent federal settlement.  The Department and Board of Education has consented to put in place additional training and monitoring procedures to ensure language services to the English Learner-students comply with what is required by the federal Equal Educational Opportunities Act.

Meanwhile a new way of judging school performance – moving away from the Academic Performance Index score that has been used until now – was approved by Californian state education leaders. This accountability system instead will look at schools on how English learners are progressing, what the graduation rates look like, how ready graduates are for college and/or careers and the level of suspension rates.

It was also reported at the end of August that those students from Sacramento made “modest progress” in both English and Math.  According to Sacramento County schools superintendent, Dave Gordon, this new is “encouraging…We are making gains across the board and across our student subgroups. … I would say our districts and our teachers are making good progress in delivering a new curriculum and using a new assessment.”

Certainly, university is a place to learn things that will be applied to the real world. Rarely, however, do university students get to actively apply what they are learning in real time, while completing their course work. Academy of Art University students had this rare opportunity recently when they completed an assignment in their undergraduate architecture course with Professors Doron Serban and Sameena Sitabkhan. Every semester, they task their students with completing a public-private development. But this was the first time that they asked them to work on homeless shelters.

The first step was to interview homeless people in San Francisco and to learn about their needs. As Serban explained, “The premise to that was to design a portable sleeping unit for someone, specific to that person’s situation. We called it ‘improvised guerrilla sleeping units,’ and the idea behind that is it doesn’t have to be a city-mandated-type thing.”

The Tenderloin Museum has housed the neighborhood models that the class built and should have them there for another week or two. The opening reception was on May 13th and the exhibit is entitled unSHELTERED. 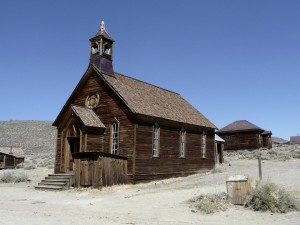 Through these institutions, one can learn about those who perished, how Sacramento grew into the state it is today in its development of Central Valley, retrieve memories of history and understand who the state’s earliest residents were, and, perhaps most significantly, understand the way Sacramento has played such a key role in the growth and development of what comprises Northern California today.

Sacramento also marks the crossroads of Northern California and thus has a special affinity for the Wells Fargo History Museum, California State Railroad Museum, and more. The art arena is always growing, as can be seen through the Verge Center of Arts and the agricultural element of Sacramento is booming too. Every part of culture is represented in Sacramento. From its rich history to its adventurous present, Sacramento is a culturally booming place.

With the Sacramento Association of Museums Family Pass everyone can enjoy the culture here!

A look at Sacramento’s College of Business Administration.