According to a new study, fewer people are moving to California than are moving out.

The United Van Lines’ 42nd Annual National Movers Study shows that 54.5 percent of people moved out of California, while only 45.6 percent of movers relocated to the state.

Most people who moved to California did so for a job, the study showed. On a national level, the state ranked 39th for inbound migration.

Deterrents to moving to California include the high cost of living.

The state added 24,500 net new positions for a total of approximately 17.28 million jobs, according to the California Employment Development Department.

California’s gains were widespread, with the expansion of nine out of eleven industries. Leisure and hospitality added the most jobs, reflecting the Golden State’s historic allure as a tourist destination, particularly during the cold winter months.

Tourism has been growing and has steadily increased over the past eight years. Los Angeles County alone hosted an estimated fifty million visitors in 2018. This impressive statistic reflects a 3.1% improvement over 2017’s total. 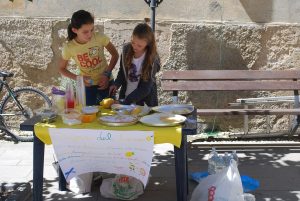 Christmas can be a time of incredible expense for everyone. There are presents to be bought, festive meals to be made and family members to appease.  All of this costs money and for those who have not budgeted ahead of time, extra revenue needs to be made.

If you missed out this year, start  looking ahead for next, as in Sacramento there are events to guide on how to get through the festive period financially.  One example are the Personal Finance Workshops happening early next year for 5 Thursdays.  Topics discussed include: cash flow increase; asset accumulation; planning your retirement and saving for children’s education.  When ones regular finances are in order, putting aside extra needed cash for holiday seasons like Christmas becomes much more manageable.

One is never too young to start saving money.  That can be seen from one of our very dear local children, 5-year old Faye Segraves who heard about the death of Cal Fire engineer Cory Iverson who was struck down while battling Ventura County’s Thomas Fire.  Her response was that she wanted to give money to kids who had lost their fathers so that they could have extra toys for Christmas.  With her mother Kylee, they set up their own fundraiser in conjunction with the Wildland Fighter Foundation.

If a little girl can understand the value of getting money for crises, then all the more so should we as adults be able to plan (financially) for much of everyday life’s little extras. 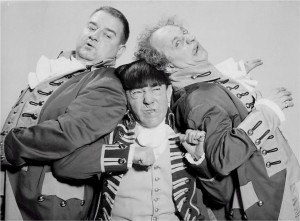 Get ready for some crazy fun, because the Three Stooges are soon going to be back in action. That’s right. Independent producers will soon be launching a Three Stooges action comedy that will include Sean Hayes (Larry), Chris Diamantopoulos (Moe) and Will Sasso (Curly). The three have already proven themselves when they starred in Fox’s 2012 movie “The Three Stooges” which was produced, directed and written by the Farrelly Brothers.

Certainly, the three stooges have been wildly popular with fans and those creating the newest movie expect to have a wide-reaching and enthusiastic audience as well. The new version will be produced with C3, Grand Peaks and the Exchange. C3, the owners of the Three Stooges brand, will run the film’s licensing, merchandising and promotional materials. Executive producers will include Jeff Bowler, Earl Benjamin, Robert Benjamin and O’Shea. Cameron Fay will be writing the script.

As Benjamin explained about the current undertaking, “With Sean, Chris and Will back as our Stooges and Cameron writing, this next film will be a truly unique blend of fast paced action with the hilarious mayhem of the Three Stooges.”

This is certainly a business venture worth watching – and a film that people will flock to see. 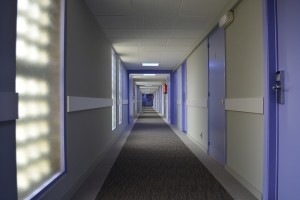 Double Tree Sacramento, owned by Hilton, was just sold to Brighton Management for $38.5 million.  The new owners will also be managing the hotel.  Their first step in becoming new owners, is to spend around $8 million on renovations.  According to general manager Brad Rogers, not much is needed vis-à-vis property enhancements, since maintenance and upgrades were taken care of very well by Westmont.

Another sale in the region was of Citizen Hotel.  According to some reports, this might have actually set a record for the “highest price paid per room in city history.”! So far the actual price for the hotel has not been revealed but records – that closed September 1 – have indicated it was $60 million. The buyer is said to be an investment firm based in the Beverly Hills area which is making the purchase from Cal West Partners (a limited partnership that is managed by Rubicon Partners Inc. of Sacramento). 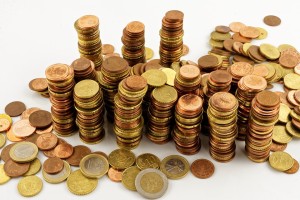 Governor Jerry Brown is trying to build Sacramento’s ‘rainy day fund.’ He fears that in the next three years, state revenue could drop as much as $55 billion.” In view of this, he is “asking lawmakers to focus on current liabilities.” He further explained: “since the Second World War, we have experienced 10 recessions, none of them expected or accurately predicted. Economists are unable to pinpoint when a recession will begin or how long it will last.”

But others are questioning Brown’s over-caution. Currently Sacramento is enjoying a “budget surplus of an estimated $6 billion and a state GDP of some $2.3 trillion.” So why the need to build the rainy day fund now? Potentially because of what could happen. There was the 2009 Great Recession, and the 15.9 percent high African-American unemployment between 2010 and 2011, whereby the median wealth in these households dropped 33 percent. These are real concerns, supporting Brown’s explanation that: “historically, California budgets have been built around forecasts that assume uninterrupted growth. Just looking at the last two recessions, we notice ongoing state spending accelerated right into the downturn.”

Vis-à-vis Sacramento’s African-American community, this month is Black History Month and the county has organized local events to mark it. One of these is: Pump Up the Volume! (a free exhibition at Sacramento State’s Robert Else Gallery featuring Jane Dickson and Joe Lewis) which is sponsored by Sacramento State’s One World Initiative and Associated Students Inc.

According to a recent analysis from Standard & Poor, the state of California’s economic condition “remains precarious and linked to stock market performance.” In addition, because tax revenue principally hails from the wealthiest citizens, if the market fails, the wealthy follow suit (and thus the state). Plus, if the state engages in “new spending initiatives,” this could lower its “capacity to withstand weaker conditions in the future.” This sentiment was supported by S&P agency’s credit analyst, Gabe Petek, who said, “we think there’s a certain amount of risk out there that the state could go down a path that could undermine its current balanced budget position.”