Downtown Sacramento is now home to a new – and eccentric – bakery.

Odd Cookie Bakery Cafe and Bar has moved into the old home of the Bar Rouse on 9th Street near J Street. An opening is set for mid-December.

Over 7,000 new residents moved to Sacramento last year alone, making it the fastest growing Californian city. These newcomers are likely enjoying cheaper rents and warmer temperatures alongside all the funky, good old-fashioned weird stuff Sacramento has to offer.

As the city’s director of tourism, Nick Leonti, says “Sacramento is about 80% weird stuff.” So whether you are on your way in or out of Sacramento, you should definitely check these out:

Home of the Martini– just a few miles out of Sacramento, you’ll hit Martinez, the birthplace of the classic cocktail, the Martini. Cheers.

Jelly Belly Factory– located at 1 Jelly Belly Lane, this place is wall-to-wall jellybeans of the most delicious kind. Once you have donned your paper hat, you can walk along the factory floors to watch the magic happen and hear the fascinating history of the Jelly Belly craze.

Osaka-Ya has been making manju and mochi since 1963; they are one of the three remaining manju shops in Northern California. But it is also a snowcone heaven. The storefront is a tiny shop tucked away near the freeway on 10th Street. From a small window next to the shop’s entrance, they sell snow cones that run from “extra small” (about as big as your face) to “extra large” (major brainfreeze potential).

Leonti explains that the city’s “history” of weird, stems from the gold rush, when scrappy adventurers from all over the world arrived in droves. Today, that quirk remains alive and well. 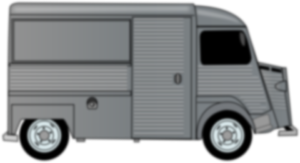 At the end of last month, Sacramento witnessed the launch of ‘Waitr,’ a food delivery app.  Sonny Mayogba (a Sacramento native and the company’s CMO), has been instrumental in bringing this app (based in Louisiana) to Sacramento.

Initially only the Sacramento and Roseville regions will be privy to this service.  One of the most unique (and attractive) features of this is the set delivery fee of $6.99.  As Mayogba pointed out: “No minimums, no maximums and we don’t charge extra for delivery zones. Delivery fees can run up to $15 on other platforms, and we don’t do that.”

With the lowest fees and data-rich technology, restaurants can become smarter with the app.  They own a driver network and is the only firm that actually conducts face-to-face interviews with their drivers as well as full FBI background checks.  Drivers are also allowed to keep their own tips and set their own schedules.

In addition, Waitr offers each restaurant the option of a photoshoot, in which the restaurant can keep the photos and use them marketing, again something other vendors in the industry do not do. 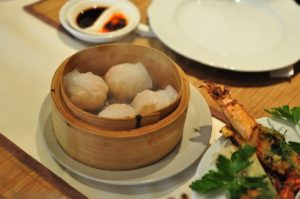 Six or seven years ago, downtown Sacramento was an uncertain spot for businesses to thrive.  As such when Ruhstaller was opened – the brewing company owned by JE Paino – no one knew what the future held.  Indeed, Paino recalls the neighborhood at that time being “not at all cool” and somewhat dangerous.  They seemed to be going the wrong way as they came in since most businesses were leaving.

But it seems like it evolved.  Once the construction of the Golden 1 Center came to an end, the neighborhood really began to pick up.  As such, Paino just signed a long-term lease on another basement space in the area on the Bay Miry residential and retail project at 726 K Street.  The building has a lot more character than where they currently are but still has the feeling of a basement. Featuring a brick and exposed steel grand staircase, it is just one block away from where the current one is, but m arks a big step up.

For example, a lot of other exciting places are now about to open up there like Solomon’s (the much-talked about new Jewish deli), and Buudai (the new dumpling house), making Paino, “honored and humbled [to] be a part of it.”

This news marks a total joy for those in Sacramento trying to make it while encouraging pride in the area.  As Paino pointed out, “We can tell people the story of Sacramento. And I think one of the reasons we’ve dug our heels in and said, ‘We’re not leaving!’ is that there’s a side of Sacramento that can’t be told by folks from Las Vegas or L.A.” 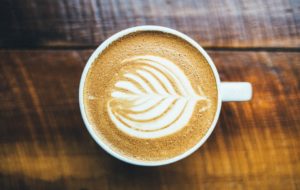 A new café is hopefully sprouting up.  Sacramento’s Curtis Park has an office building which is hoping to have its application approved for creating a family-friendly café at 2750 24th Street.

If it meets city planning guidelines, the Craft House will be 4,300 square feet and will feature indoor and outdoor seating as well as a sound wall to stop any noise generated from outdoor seating impacting the neighborhood, which is largely residential.  It will be open between 8 am and 8 pm so as not to “negatively impact the local residents,” while at the same time, bringing together “locals, providing a sense of community.”

There will be other green initiatives at the café such as a green screen which will reduce light from windows.  A trash enclosure will be placed on commercial zoning (the building being zoned for office use so will thus require a zoning administrator restaurant permit).

Property records show the owner as being Rainbow Montessori’s Larry Rodenborn who purchased the building in July of last year for $560,000 from the Northern California Lions Sight Association. 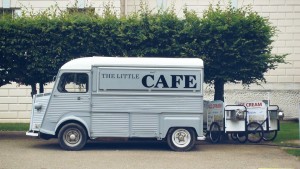 Sacramento is going to be privy to a weekly food truck event by Off the Grid.  Usually this event does not extend to Sacramento but this year it has expanded its activities.  It started performing these events six years ago, by founder Matt Cohen who explained that Off the Grid “run[s] almost 60 reoccurring markets all over the Bay Area.” This is the first year it is getting to Sacramento.

The first one of these events took place on Sunday 12 June from 11 am to 4 pm at River Walk Park and featured 22 local food vendors with a wide variety of cuisine.  Anything from top quality burgers to Indian, Chinese, Mexican and more!

The reason Sacramento has now been included by this event is because, Cohen said, that it has a reputation for being a farm-to-fork region.  He further explained that: “Sacramento is doing its own thing that is representative of the produce and the lifestyle that’s happening in the area. And I think what we’re trying to do is just put that as much forward as we can and have it be an experience that feels authentically from Sacramento.” 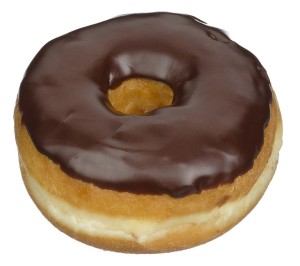 Sacramento could soon be home to some Dunkin’ Donuts. It was recently reported that East Sacramento’s 5801 Folsom Boulevard is to be the place to “run to” for Americans. Conveniently located near Panda Express and PizzaRev, it is set to open later this year, soon after to be joined by another franchise in the south Sacramento area.

In an attempt to respond to local competition, according to Nation’s Restaurant News’, Dunkin’ Donuts is giving Starbucks’ a bit of a run for its money. Strategically waiting until the night before the coffee shop rolled out its new loyalty program, Dunkin Donuts unveiled its new mobile app and a “DD Perks Rewards” promotion to help customers get a free drink faster. This app enables Dunkin Donuts’ customers to pay using a virtual DD card via

Apple Pay at participating locations. In addition, it has loyalty offers and rewards and will be giving out gift cards.

So Sacramento donut lovers, what are you waiting for?

Is it possible that beer is making a comeback in Sacramento? Or has it just been getting greater press attention as of late? Either way the additional discussion of beer in Sacramento has to be good news for Sactown Union Brewery owners, Quinn Gardner and Michael Barker.

While Gardner and Barker hope it will be open for Sacramento Beer Week 2015, it’s not a definite despite their meticulous planning. There have been a few delays like getting the permits, etc. But hopefully – sooner rather than later – this 7,300 square foot brewery will be open for business.

The brewery will provide such a haven for beer lovers. Decked out in local sports team, with its tasting room, large patio and variety of beers and experienced owners, it looks set to really make it. Gardner was a regional sales manager for San Francisco’s 21st Amendment Brewery. Together with Baker they settled on Sacramento as a location due to the strength of the local beer community and demographics.

And that strength has been proven in other Sacramento beer news. According to a report from Sacramento Business Journal, sale of beer has been increasing. Numbers were particularly high in the summer of 2015, especially compared with the year-on-year 2013, 2014.

Furthermore, more and more movie theaters in Sacramento are offering beer and wine purchases for their customers with the most recent move being the theater at 2508 Land Park Drive has applied for a permit to sell alcohol. According to Jeremy Duburg, GM of that theater, this is something customers have been requesting for a long time. 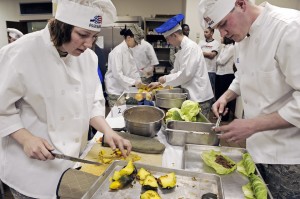 How does one get to know a city? One way is through its culinary reputation. In Sacramento – California’s capital city – there is a culinary tour through which consumers can explore food and wine traditional to the area “by touring farm-to-fork establishments and going behind the scenes to meet chefs who are passionate about sourcing locally for their seasonal menus.”

There are six stops on this tour, spanning Sacramento’s Kay District. Described as being “eclectic” during the daytime, this neighborhood “buzzes with activity from the mix of mid-rise and high-rise office buildings. After dark, The Kay draws its energy from a diverse mix of hotels, restaurants, nightlife and entertainment venues. The Kay District is eclectic and a study of contrast. Visitors can dine in a sleek modern restaurant with historic landmarks in the background, spend the night in a hotel which once was a public market, or catch a live show in one of Sacramento’s historic vaudeville houses.” So it makes for the perfect location for a full-on culinary experience.

But this tour is more than just about food and drink. Participants will benefit from a variety of “entertaining stories about the food scene as well as the capital’s culture and history,” learning about Sacramento’s “rising culinary recognition and why the area is an up-and-coming hot spot in California.”

One will also get a “taste” for Sacramento’s “architecture and history that make the region an exciting culinary destination.” You’ll explore alleyways you may never have come across, “learn about local farm-to-fork menus” and get a true flavor of the area’s art and culture scenes.

This really is a great way to discover Sacramento. Indeed, as James Michener once said about travel, “If you reject the food, ignore the customs, fear the religion, and avoid the people, you might better stay home.” 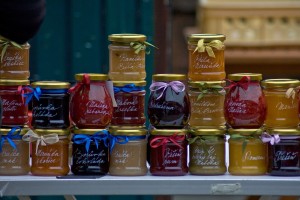 The Davis Farmers Market in Sacramento is a great place to visit every Wednesday, especially in the winter. Do you want to warm up with a nice bowl of home-made soup? Get your produce fresh every week here as well as home grown eggs, honey and wines. Open weekly from 2-6, it is located in Central Park, Third and C streets, just under the pavilion.

There are two restaurants there too: the Fuji Sushi Boat and Kathmandu which are great dinner options. For those who don’t like the idea of buying produce to make their own soups, they can warm up during the cold winter months with a hearty soup from the Upper Crust Bakery. The Fuji Sushi Boat has had fabulous reviews on Yelp with consumers referring to it as “jackpot” and becoming “addicted.”

Among the many awards the Davis Farmers Market has won over the years is the most recent one that was received in August of last year. USA Today ranked it No. 9 on its “10 Best Farmers Markets List.”