The Grocery Outlet, a food-store chain headquartered in Emeryville near Oakland, is opening one more branch in the Sacramento vicinity.

Well-known for its rock-bottom prices, Grocery Outlet is making its new home in North Highlands on Elkhorn Boulevard, inside the Watt Towne Center.

Although Kyle Noble, the senior manager of regional marketing and communications said that indeed, Grocery Outlet signed a lease for the store, no additional information was forthcoming.

The chain already has several stores in the greater Sacramento area, and others are also just in the planning stages. Stores already in the area include:

New stores in the planning stages include in Sun Hills of Lincoln and close to Cal State University Sacramento.

The Old Sacramento waterfront will be getting an upgrade. Ideas on how to update the area have been submitted by professionals as well as the public.

This hybrid process—when both the public and professionals submit proposals—is a unique one. According to Carlos Eliason, a creative specialist in the city, the process has generated a lot of positive attention.

“We have a lot of new ideas, and energy and momentum are starting to build up,” Eliason said. “We want people to think of Old Sac as a place where emotion and imagination can combine … and this is kind of where it starts.”

Voting is open to the public. The children’s competition will offer several prizes of $100, and the winning proposal can win up to $6,000.

Natomas, a community in northwestern Sacramento, is the last area of Sacramento that isn’t fully developed.

This may be about to change, since there are plans to build on fields just southeast of Sacramento International Airport.

The new community could be home to 25,000 people. The plans feature an urban-style community that includes residential and commercial buildings. Early designs include 10,000 dwelling units and retail space that equals the size of five malls.

Concerned citizens are protesting the development, worried that it will affect traffic while threatening wildlife and increasing pollution.

Sacramento native Greta Gerwig’s “Lady Bird”, an award-winning film, has brought much publicity and artistic interest to its set: Sacramento. Yesterday, Gerwig added another award to her collection at the Film Independent Spirit Awards, with “Lady Bird” taking the Spirit award for best screenplay.

Though Oscar prospects seems slim, it has been nominated for five categories.

The film premiered in Sacramento and Gerwig spoke to the crowd about the autobiographical piece both before and after the viewing.

Sacramento resident Dre Day has been working to help the homeless in the city for three years. He does not run a non-profit, but collects donations and visits people with the help of his family and friends.

Sacramento is planning to implement a new street design to protect cyclists without affecting local drivers next year. Called “parking-protected bike lanes”, the approach is aimed at separating the two modes of transportation with the help of a parking lane.

Sacramento has approved 6 commercial grow permits, and dozen of other properties have also applied for permission to grow the plant on their properties. Real estate prices and local businesses are already being affected.

KCRA 3 reports that mall business owners throughout the city are concerned. The permit process has pushed commercial real estate prices up dramatically, and as leases expire, businesses are being forced to look for new locations.

Brian Bendix and his family run one such business. Their American Stripping Company, based in Sacramento, has been in business for over 30 years.  Now that marijuana grow licenses are bolstering the real estate prices in the area, they won’t be able to afford to stay once this year’s lease is up. They, like many other, anticipate having to leave the city to stay afloat.

Sacramento is pushing ahead a plan to move its homeless off of the streets and into a full-service temporary housing facility. Over the last two years, local homelessness has increased 30%. Sacramento City Councilman Allen Warren has been working toward a solution for months, and calls the current situation “a crisis.”

Mayor Darrell Steinberg added: “This is not just a sobering report, this is a damning report.”

Warren believes action is required now. “Let’s try and get as much done as we can while we’re here,” he says. “Why be complacent?”

His goal is to establish a full-service facility with restrooms, showers and some social services such as medical care. The cost for the project is estimated at $200,000-$300,000, and may not succeed in its mission.

“Is it a risk worth taking?” asks Warren. “Absolutely.”

He intends to move ahead as soon as the end of the summer. 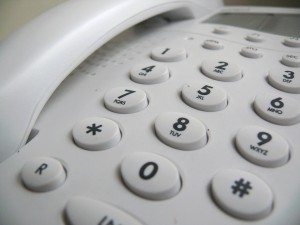 Yes, that’s right. Sacramento has gotten so big that the 916 area code will no longer suffice. By the end of 2018, a new area code will be put into place by the California Public Utilities Commission in order to “provide more prefixes and new telephone numbers to 916 customers.”

Customers will still be able to keep their current numbers (including area codes) and people throughout the El Dorado, Solano, Sutter, Yolo, Placer, and Sacramento counties will be given these additional codes. The process is set to go ahead very smoothly as it will be a step-by-step slow one.

Data shows that the Sacramento region is showing great strides towards recovery, with a gain of almost 23,000 jobs in December compared to the previous year. That number represents a 2.5 percent increase in jobs. California as a whole gained 265,000 jobs during the same period, an increase of only 1.5 percent.

California and the Sacramento area are far from immune to job declines, especially with global markets recent volatility. The worry about another increase in the unemployment rate was alluded to by California Governor Jerry Brown while speaking to legislators, warning them to be cautious when considering spending surplus state revenue during his State of the State speech last Thursday.

The government sector shrunk by 3300 jobs during December in the Sacramento region, and the construction sector lost 400 jobs. Retail trade increased by 800 jobs, while the leisure and hospitality industry added 1600 jobs.