A new law, Senate Bill 826, is changing the way businesses are run.

California is the first US state to mandate gender diversity. This law affects businesses of all sizes, as many companies have all male boards.

According to Rafael Jimenez Rivera, GM at Hook and Ladder, the way tips are dispersed among workers is unfair.  He said:

“The system is broken. It’s a flawed system that needs to be corrected.  We feel that the best way to do that is to include the kitchen staff.”

As such, from next year, all kitchen workers will be pulled into the tips that are given to bartenders and servers.  This follows the budget bill passed by Congress earlier in 2018, permitting restaurants in some states (California being one example) to pool tips with kitchen staff.

So from 2019 2.5 percent of the tip will be added to the bill exclusively for kitchen staff.  Regular tip from customers will be split between all workers which is likely to provide a 10-15% pay hike for kitchen staff.

Sacramento has had a good track record this last month for the creation of new jobs.  Here, we take a look at some of the industries that were ahead of the game.

In September, Sacramento hired the most physics professors out of the entire country.  Other top recruitment opportunities included research assistant professors and corporate sales reps.

Sacramento fared better than Cincinnati which was the only city “with the second-most new positions for physics professors last month.”  Still, the article found Sacramento to be:

“most competitive in hiring for corporate sales reps, placing fifth among U.S. cities in per-capita openings for that skill set. The city ranked seventh in new jobs for research assistant professors, and 12th for physics professors, again relative to the local population.”

In addition, eClerx – a firm that offers outsourcing services to financial institutions – is “expanding its delivery service in North Carolina and has plans to add 150 new full-time jobs.” 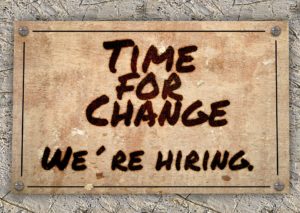 The city of Sacramento has taken a variety of initiatives recently in order to bolster employment opportunities.  Here we look at three examples.

The first, is a collaboration between UC Davis and Kindred Healthcare.  An additional hospital will be built at the downtown campus area.  Its main goal is to offer additional impatient rehab services in the area.  But the result will be the creation of an additional 200 jobs.  As well care will become more convenient for patients and their families and treatment availability for the neurological needs of the community will be doubled.

The second is the construction of an aerial target drone.  This will bring 20 to 50 jobs annually for many decades. So far, 50 jobs have been added for work needed on the first part of new drone contract production. The contract was received from the US Navy and has been valued at $37 million.

Following the tragic murder of Stephon Clark earlier this year, one step that is being taken is gang prevention.  To accomplish this, job creation is key as one part of investment in the neighborhood.  One of the key focuses of the Black Child Legacy Campaign is youth employment.  This initiative – a combined effort between the Sierra Health Foundation, 7 target neighborhoods where black kids die more than twice the rate of their white peers, the county and city.   The Sacramento Kings are also lending their support. According to director of Research and Policy for Equity at UC Davis Vajra Watson:

“The only way to expand what it is that young people conceive of for their future is to get them more opportunities to see new places, meet new people, and dream bigger than their parents have dreamed.”

As such, Sacramento is distributing $900,000+ in funding to groups offering entrepreneurial opportunities in low income neighborhoods. The hope is to create 500 new jobs this year. 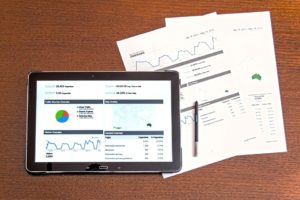 Minimum wage in California is already impressive – $11.  But Chick-Fil-A in Sacramento wants to go a step further, not just in cash but also in recognition and job pride. Increasing its hourly wage for some workers to $17-18, as well as the provision of a more livable wage, this is also encouraging more commitment to advancement at work with the new title – hospitality professional.  According to operator and proprietor Eric Mason the company fosters positive relationships with its community, guests and team, and the starting point for that is the provision of a “livable wage” regardless of what the state decides. Even if it is challenging, Mason says, the community impact is worth it.

Meanwhile, May figures for the nationwide economy showed an additional223,000 jobs with a drop in unemployment to 3.8 percent, the lowest since 2000. 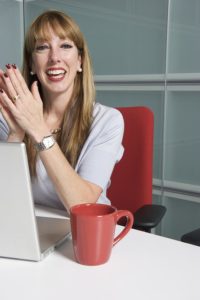 In a recent ranking of top firms by Business Journal, Sunworks Inc. was ranked as Top Solar Contractor.  The solar power solutions for residential and commercial markets, stepped up from position #4 in 2015 to the top place of #1 in 2016.

Of the ranking, CEO of the company Chuck Cargile said: “We are honored to have been recognized by the Sacramento Business Journal on this achievement. Sunworks’ local offices installed more than 56,000 AC kilowatts of generation in 2016. This achievement is particularly impressive considering that this high level of output was nearly three times the total amount installed by the #2 ranked company.” 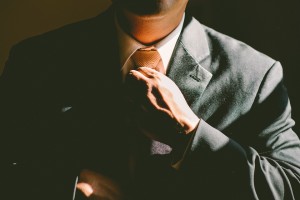 The Valley Industry and Commerce Association is reaping the benefits of SB 936. This Sacramento state Senate bill seeks to help small businesses engage in the development of new jobs, by expanding the access they have to the extremely beneficial California loan guarantee program. Authored by State Sen. Robert Hertzberg, D-Van Nuys, it is hoped that the SB 936 will “stimulate economic growth and prosperity.”

In other loan-based news, Magilla Inc. (a company established in 2015 that sets up bank borrowers WITHOUT requiring any personal data) announced its second generation website that enhances user experience for borrower and lender. With this updated version, users can now benefit from real-time Q&A, more notification options and a faster turnaround time. The company has been expanding substantially since its launch, most notably from the FDIC-insured lenders who want premium borrowers. In addition, those who need loans really appreciate the ease of loan request submission and speed by which they can receive multiple loan proposals.

In terms of housing, the Seniors Housing Portfolio in Sacramento has been offered $41.5 million in financing for three-properties. This has been orchestrated by Holliday Fenoglio Fowler. The 7-year floating rate acquisition loan has been secured by an affiliate of Harbert Management Corp affiliate, Harbert Seniors Housing Fund.

The Sacramento Business Journal offers a variety of special events in recognition of industry leaders and as a way of helping those who are looking for professional networking in a variety of fields.  One of these – to be held at the end of this month on August 31st – is the ‘Connectionopolis: Strictly Networking’ event.

As well as being beneficial to those who want to get ahead in their careers, Connectionopolis is also for a good cause.  For example, proceeds from admission tickets go to the Junior Achievement of Sacramento program, whose mission is to “inspire young people to dream big and reach their potential… teach[ing] financial literacy, entrepreneurship and workforce readiness to students in grades K – 12.”  The idea behind it is that by working as a team, there is a greater chance of being able to “empower our next generation to own their economic success.”

In terms of networking in the region, there is also Metro-Edge which seeks to: “ensur[e] the future of Sacramento [via its] mission [which is]: To Engage a diverse network, Develop critical business skills, Give back to the community and Empower leadership.” 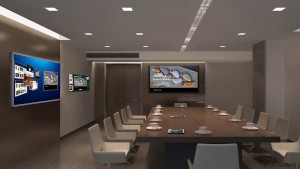 Sacramento is encountering its lowest unemployment figures in nine years.  With gains in the construction industry leading the statistics in both month-over-month (an additional 2,500 jobs) and year-over-year gains (an additional 5,500 jobs).  According to State Employment Development Department employee Cara Welch, “the unemployment rate in the greater Sacramento area was 4.7 percent in May, down from a revised 5.1 percent in April 2016 and below the year ago estimate of 5.7 percent.”  The 4.7 percent figure is the nine-year low.

Government-related jobs are easier to find in Sacramento too.  Being the State Capitol, the region is at the pivotal part of state government with the largest focus of government jobs per capita throughout California.  The main industries are health care and professional services.

In addition, Sacramento was ranked the “Number 2 Happiest Place to Work” in a study discussed in Forbes in January 2015 of ‘The 10 Happiest and Unhappiest Places to Work in Right Now,’ from CareerBliss’ investigation of eight principal factors which influence a worker’s contentment. These are:

Interestingly, Sacramento did NOT make CareerBliss’ 2016 list, despite the high employment figures this year has shown.