There is a currently a race happening in town.  A search is underway for the team to design a new structure at the Old Sacramento Waterfront. This 28 acre development was established in 1839 by John Sutter and today features a thriving business and entertainment district, the Pony Express terminus, establishment of the Transcontinental Railroad and more.

Today, the search is on for a piece of architecture that will excite tourists and make locals proud.  According to semi-retired architect Moshe Victor Keinig, this is only going to beautify an area that is already incredibly attractive.

“From an architectural point of view,” Keinig began, “there is hardly anything that can compare.  I’ve loved this area for years and find such a sense of Zen whenever I have the opportunity to visit.  I very much look forward to seeing what Noel Shamble of T. Y. Lin International comes up with for this.”

Nine concepts were initially chosen from the firm and that was reduced to three finalists.  Shamble gave details of both his Thru and Spring designs using the100+ year old I Street Bridge as a backdrop.

Currently, Sacramento is in the final stages of selecting a company to redesign its waterfront in both look and feel in an attempt to change the entire feel of this area.  The ultimate goal is to transform it into a“national destination,” similar to the ones that can be seen in Kentucky, Louisville and Texas.

Meanwhile, over in Roseville’s Westfield Galleria a lot is happening with the arrival soon of a legal store,edible cookie dough store Dough by the Spoon, Peet’s Coffee (to replace the Gordon Biersch Brewery Restaurant) and Indochino Inc. (a store selling $500 and less custom-made men’s suits).

And at the end of last month the first food hall in Sacramento opened with The Bank. The Bank is over 100 years old and features circular vault doors,elegant light fixtures, gilded ceilings and more to transform one back in time.  This 30,000 square foot building will soon be home to 10 food vendors, 3 bars, 68 self-service taps, 2 private lounges and 18 TV screens.

Are you looking for a new career? Always wanted to make a difference in your city? Do you need a new challenge? Have you ever considered the police force? Watch this video and see what might be next in store for you.

This CBS video briefly discusses the possibility of renovating the 2nd and L Street empty building into lofts near the Tower Bridge and Capitol Mall.

On 1stOctober, in an unprecedented move, Verizon ignited “the world’s first commercial 5G network.”  And it happened in Sacramento.  According to Verizon’s Pacific Market president, Jonathan LeCompte:

“We were able to make Sacramento one of our first 5G cities because Mayor Darrell Steinberg and city leaders embraced innovation and developed a strategic vision for how 5G could be a platform for the larger Sacramento technology ecosystem. We believe this vision will pay off big for the city, attracting new investment, businesses and next generation services for residents.”

Other areas benefitting from this advancement are sections of: Houston, Indianapolis and LA. 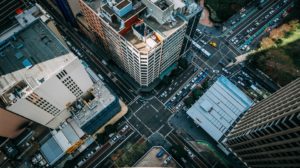 There is an empty spot at 3rd Street and Capitol Mall. If the CIM Group development firm from LA and CalPERS have anything to do with it, it will  not remain that way for very much longer.

The plan – which has been in the works for over a decade now – is the erection of a 550 foot tower there for offices and some residential units. Initially known as “Towers Project” the area was to be turned into a 53-story hotel and condo towers. But it never happened.  According to Kelly Brothers, a KCRA financial expert:

“2007 was a very tough time to begin building. It was right at the peak. In other respects, it’s just been demand. It’s been very, very simple. You can’t just put up a 15- to 20-story building — or even higher, a 40- or 50-story building without knowing you’re going to be able to fill a certain number of slots.”

Brothers believes that this development is a good idea and that it’s great to “Sacramento-based CalPERS investing at home.”

Brothers said developing the empty lot is a good project, and it’s good to see Sacramento-based CalPERS investing at home. He said he has faith that this plan could get off the ground. 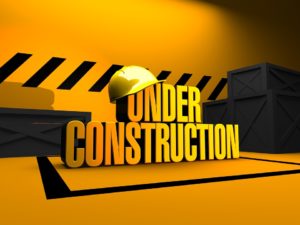 Infrastructure is being changed by updated construction in downtown Sacramento that would seem to be a good thing until one sees the negative impact it has on businesses.

Due to a large sewer upgrade taking place on 9th Street (that is not due to be finished now until the middle of September), businesses are, well, loosing business.  Who wants to sit and have a “relaxed” dinner at one of the nearby eateries with a dental drill type sound banging in their ears.  As well, 9th Street has anyway been closed for the last 6 months between H and L.  So even those who were willing to put up with it, actually can’t.

Those most affected include: Andy’s Candy, Capitol Mini-Mart, La Cosecha, Temple Coffee Roasters and Wayside Noodles.  According to Sonya Sorich, Digital Editor at the Sacramento Business Journal, they have already encountered a variety of negative impacts from the project, including a reported 20-25 percent decline in sales (from Andy’s Candy).  Capitol Mini-Mart have claimed an even larger drop, with a loss of 90 percent in business.

However, the city recognizes the issue and there have been promises from Sacramento’s Department of Utilities to earmark $60,000 to the 12 businesses most affected. 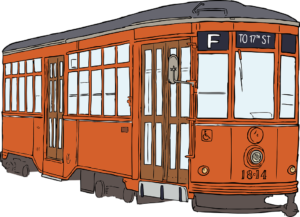 Many people in Sacramento have been trying to get the federal government of $100 million to enable the $208 million streetcar system in.  Donald Trump may now make that happen as he recently sent officials to the region to conduct a “risk analysis” of the project.

There are still hoops needed to get through, primarily fiscal related.  As such, Sacramento city officials have agreed to give a large cash advance and if approved by city council votes, the money Sacramento and West Sacramento needs will be put in place.

There are many benefits to implementing a streetcar system for modern cities. But many remains a problem as Jeff Harris, City Councilman for Sacramento and streetcar proponent board member has found.  He said that there are too many continuous requests for additional money to fund it.

But still, if the people of Sacramento are willing to pay then surely the large expense is a non-issue.  Indeed it was found that people who own property who live close to where the downtown Sacramento line is proposed actually voted to tax themselves $50 million to for operational costs. In addition, once the Trump administration coughs up, the SacRT will add $25 million to the venture.

One can find a shortage of housing in pretty much any state of America. Three yeas ago the city launched its downtown housing initiative and planning for 10,000 new housing units over the next decade.
In this video, KCRA News reports

Sacramento is planning to implement a new street design to protect cyclists without affecting local drivers next year. Called “parking-protected bike lanes”, the approach is aimed at separating the two modes of transportation with the help of a parking lane.